Three British sisters are feared to have traveled with their nine children to join up with militants in Syria, a lawyer for the children’s parents said Monday reported AFP.

The family, from Bradford in northern England, went missing after travelling to Madinah in Saudi Arabia for an Islamic pilgrimage. 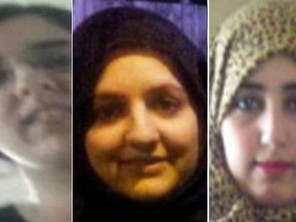 They were due to return to Bradford on Thursday, but they broke off all contact with their family back in Britain two days earlier.

Preliminary inquiries suggest at least 10 members of the family boarded a flight from Medina to Istanbul — a commonly used route into Syria.

There are no details of an eight-year-old and a five-year-old member of the party boarding the same flight.

Balaal Khan, a lawyer for the children’s fathers, said it is understood the sisters have a relative fighting for either Islamic State or another extremist group in Syria, and it is feared they have met up with him.

“The fathers are distraught, they feel helpless and they don’t now what to do. They want the children out of harm’s way,” he said.

“They are concerned that their children’s lives are in danger.

“The suspicion, and main concern, is that the women have taken their children to Syria.”

The local West Yorkshire Police force has launched an investigation, saying they were working with foreign authorities.

A Foreign Office spokeswoman said: “We are in contact with West Yorkshire Police and Turkish authorities and our ready to provide consular assistance.”

September 27, 2014 DailyShelter Comments Off on Apple and Google’s latest move to encrypt user data on their smartphones

December 5, 2014 DailyShelter Comments Off on Government resumes talks with PTI, another dirty trick